You can write regular markdown here and Hugo will automatically convert it to a nice webpage. I strongly encourage you to take 5 minutes to learn how to write in markdown - it’ll teach you how to transform regular text into bold/italics/headings/tables/etc.

10th May Three banks in Leicester were the focus for protests about the High Street Banks’ involvement in the continuing 3rd World Debt Crisis. About 60 activists dressed as chickens, parrots, tomatoes, and various other animals and vegetables wandered into Lloyds, Barclays and Midland and chained themselves inside the banks. Others handed out leaflets, fixed banners and banged drums. All three banks were closed early and Lloyds was occupied until demands and questions faxed to head office were answered. Lloyd’s involvement in the destructive Grande Carajas project in Amazonia was made public for the first time, and information was obtained suggesting that Barclays involvement in 3rd World Debt is much larger than shareholders have been led to believe. 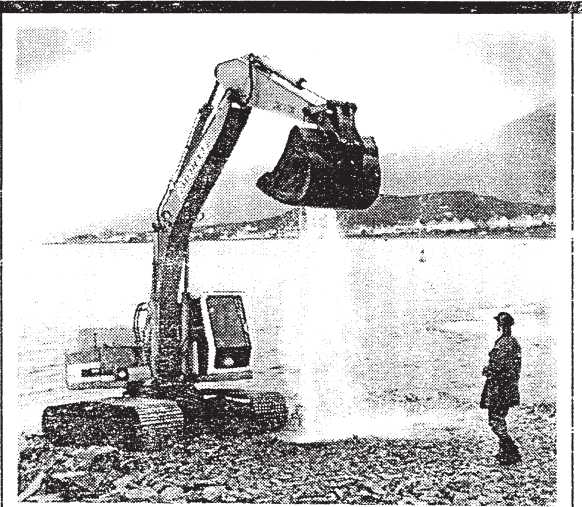 Despite a court interdict protestors managed to disrupt work on the 2nd June - the first of a series of days of action planned for the summer. People climbed around all over the place, up tower cranes, over excavators, along cables and on to work barges. Two inflatable dinghies blocked contractors’ vessels. Contractors tried to ram the boats and even attacked a boat being used by the press. Eight activists were arrested, and placed on ridiculous bail conditions not to go within 5 miles of the construction site. There is a lot of local support for this action in Skye. A new camp has been set up and the next day of action is planned for the 30th June. Further information from Oxford EF! Actions will continue all summer until this bridge is stopped!

The 15th May International Day of Traffic Action was the biggest ever this year, demonstrating the growing demand for building climate alliances between countries of the north with those of the south. The day of action highlighted the inequality in CO2 emissions between north and south. Ten actions took place in Britain, focussing on local problems with a global overview. Actions took place in Birmingham, Bury St. Edmonds, Edinburgh, Leeds, London, Newcastle, Norwich, Oxford, Winchester and Worthing. Actions also took place in over 50 countries including Bangladesh, Sweden, Sierra Leone, Trinidad, Uganda….

A ship action aiming to blockade shipments of mahogany is planned for the near future, as part of the UK Mahogany Campaign. The port is as yet not determined. Anyone wanting to help with the organisation of this action, or for further details please phone 0865 201706.